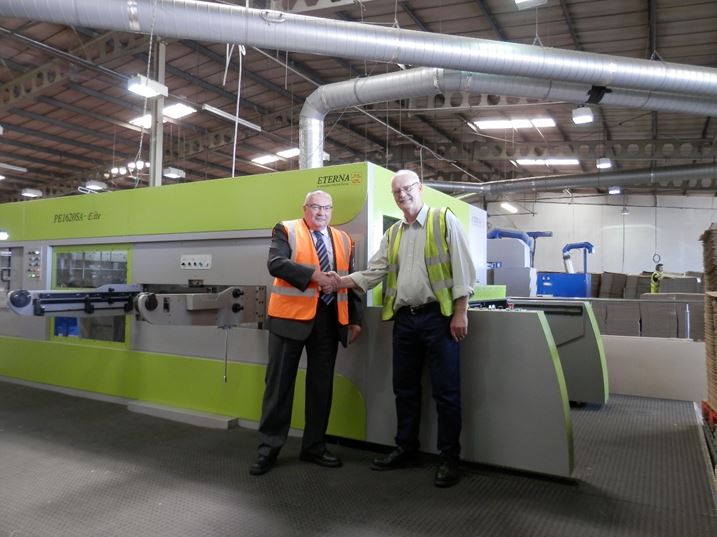 Manor Packaging, based near Peterborough, contacted M&K Trading in late February 2016, as they had an urgent need for a replacement automatic flat bed die-cutter. The specification included the requirements that Manor could use its existing flat bed tools with little or no modification and that delivery needed to be within the shortest possible timescale.

Two months to the day after the initial enquiry a brand new Eterna PE1620SA Elite Diecutter, destined for Manor, arrived in Felixstowe. Their new machine is capable of a maximum speed of 6,000 cycles per hour with full stripping capability and can process all flute profiles from F flute to double wall. M&K Trading also provided operator training which has enabled Manor to get back to full production in the shortest possible time.

General Manager, Sean Baxter, commented ?The response from M&K and Eterna in delivering a new machine to match our requirements in such a short timeframe has been terrific.

To request a quote, please contact us by email at sales@mandktrading.co.uk or if you prefer call us on:

The UK-based agent for: